The feeling of being ignored comes with all the negative emotions such as confusion, self-doubts and mostly losing your confidence.

No matter whatever the case may be, whether it’s your best friends or loved ones is that someone who ignores you. But still, you have to overlook a lot of puzzling questions from a situation like this. Even sometimes, you are confused over what to do when someone ignores you, how to react and the main concern…move on or stay?

Are you facing the same situation? Then here, we are sharing the possible ways to do when there is someone who ignores you and you don’t know what to do next. These are our suggestions to tackle the silent treatment you are facing.

Top 10 Things To Do When Someone Ignores You For No Reason.

1. Give a Person a Little Space. Are you constantly following them, and try to reconnect with them even after they keep ignoring you? Then you really need to stop yourself from being too much around them. You are not fixing the things, but instead, you are just annoying them. So stop doing such things and give them some space to think. When you miss that person special to you and feeling lonely because of their ignorance, it is perfectly fine.

Let the person have some breath and time to stay calm. Let them identify their grief and realize own self that they are doing wrong, and why they are ignoring you. Don’t be the person who wants to fix everything, let them consider the situation on their own. Let your absence make l them feel, that they are doing something wrong with you.

2. Are You Sure that Person is Ignoring You? Ok, so think that someone ignores you for no reason. But are you sure about it? Or it’s just your opinion which forces you to believe that? It’s found in many cases that a person feels being ignored by others. But in fact, that’s not valid in every case. It’s just their negative emotions and thoughts showing a different picture.

Most cases like these are due to past experiences of a person. Ask yourself, Is it applicable to your case, too? It can be that any past event that makes you worried about what others are thinking of you plus the fear of losing someone. But before you react to such a situation anyway, look into your own and understand what bothers you.

3. Then Find Out What Bothers Them. If you’ve really found out that someone ignores you, now it’s time to understand from their views. It may happen that they are angry at you because you have done something wrong with them unintentionally. That you just don’t even aware of it. So better to memorize the last arguments you had with them or the probable event from when their behavior changed towards you.

So now you have the answer. You better to find the reason that makes them angry at you, Is it your funny joke or that meeting that you forgot to invite them? If so, then it’s your turn to talk to them and explain the situation or apologize for your behavior. That happens mostly, in a case when the person is too sensitive about common issues or someone who is quite egoistic when you require to behave flexibly. In most cases, a person who feels they are ignored shows up more often and tries everything they can to grab their attention back. Ultimately, that shows the person’s lack of confidence and fear of missing out. To avoid that, it’s better to stop overthinking, and so the overreacting. Make yourself believe that it’s temporary and everything will change soon, even their attitude towards you.

Don’t just take their ignorance as the permanent, as time passes and their grudges will fly-away. You don’t need to overreact and lose your identity and even your self-worth. So control your minds from thinking too much and stop reacting accordingly, get something done for yourself. The best thing you can do is, when someone ignores you never disturb them again, maintain a distance, and try to never show up to them. 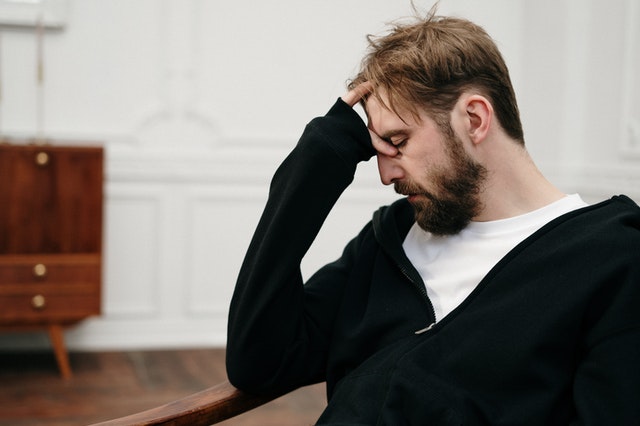 Believe that you can’t control everything and you should not. If there is someone who ignores you, let them do it. Take it easy. It’s their choice, you can do nothing about it. As said earlier, instead of worrying about and trying to retain their attention, better to do something for yourself. Invest your time in the things you love, like your favorite hobbies and family meetings.

Of course, it really hurt a lot when someone ignores you for no reason. At the time when you feel low, You better be with your own. And do something to engage yourself in productive things.

Stay calm, meditate, and spend time on the things you suppose to. Do something productive, improve yourself, learn new skills, you have a lot of things to do when someone ignores you. Rather than just being worried about their choice.

Related: Ways to Know If Someone has Mental Health Problems

6. Go and Ask them Personally Before you rush to mobile and contact the person who ignores you via call or text, hold for a moment. A better option is to talk to them personally. Indeed, personal meeting is effective when you want to understand the person and share your situation as well.

Over a call or messaging, chances are high that the situation goes even worse. So better to have a face-to-face meeting to solve the issues between you, two. That works, when a person is your closest one, who just tricked by some misunderstanding anywhere earlier. And meeting gives you a chance to undo everything, that is creating problems.

7. Be Ready To Say Sorry When the other person is angry and hurt because of you, you just can not ignore that for what you have done. Simply, go to them and apologize for your mistakes, it is the safest and acceptable way to solve the issue with others. Make them believe that you understand their situation now and you are feeling guilty for own mistakes.

That clearly shows that you are responsible, also caring for others in the relationship. At any time you feel that someone ignores you and you know it’s your fault, then don’t be lazy to say sorry. That’s what the right person does who knows how to make a relationship better. When someone is ignoring you for no reason, then you don’t need to beg for their attention. Simply, ignore them back. That’s what they deserve. You don’t have to worry about how to please someone and how to grab their attention.

If there is someone who is none of your interest and still ignoring you for no reason at all. You better do nothing for that. Because, what will happen if they ignore you? Nothing. Right? So focus on yourself and let them do what they want. Nothing bad will happen if you will not take it seriously.

9. Spend Time With Those Who Are With You. It’s general human nature to see the glass half empty. Instead of staying happy with the things we have, we prefer to feel incomplete due to things we have lost. That’s what pessimists do. Also, a person with low self-confidence reacts too much when someone is ignoring them. Don’t be that guy, you have others who truly care for you.

Look for the positive side and spend time with your close ones and family, who truly admire you. Be with your best friends and occupy yourself with the people and things that you love. You don’t have to care about who is ignoring you and why. Just ignore the negatives and retain the positives.

10. Stay Away From Negativity 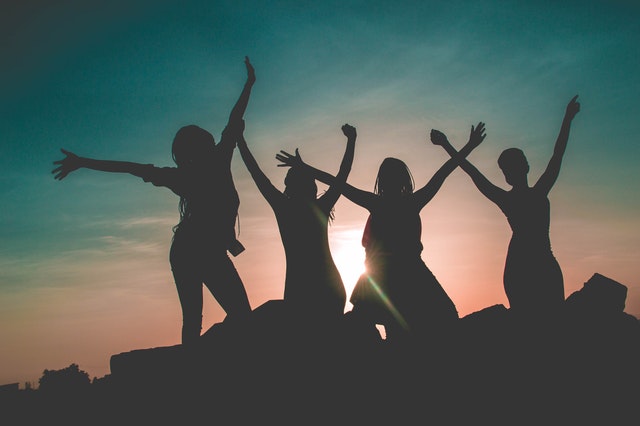 A feeling of being ignored creates negative emotions and has the same impact on your mind. That is not something that you suppose to invest your time and energy in. Stay away from such negative aspects of life and people who only have negative things to share. Your approach to keep thinking about that someone who hurts you , ultimately puts you in down moments.

If there are your family and close friends, then it’s definitely worth a try to solve the issues. Because ignorance from them will certainly feel you alone and lost inside. But for those negative personalities with no positive contribution to your life, it’s good to stay away from them. Don’t let their negative behavior impact your positive soul, be with the ones who deserve your presence.

Related: 10 Powerful Ways to react When Someone Insults You

11. Invest your time in something important. Are they ignoring you? Well, the best reaction would be no reaction at all. Instead of thinking about it over and over again, it’s better that you spend your time and energy on something which is important to you. Especially when someone ignores you for no valid reason, and even if you don’t have any meaningful connection with them, then the better option is to just forget about it and do something for yourself.

Yes, you don’t have to think too much about who likes you and why someone ignores you. Remember, you are not here for everyone, nor you have to be liked by everyone else. If someone doesn’t want to talk to you, then it’s fine. Keep yourself busy that you don’t have much time and concern for such irrelevant things.

‘When someone ignores you’ quotes and sayings

Ignorance in relationships is hard to accept, But the fact is you have no control over it. Yes, you have to accept that, plus better to move on rather than waiting for someone too long. You can not be happy when you have to sacrifice your self-respect for someone.

You are worth more than you know. It’s okay if someone ignores you, it’s their choice. Make your decision by yourself, and divert your focus to other important aspects of life. For some support, here is the list of ‘being ignored quotes’ we’re going to share with you.

We also hope that these sayings and quotes help you to come out of these situations. And believe, you are not alone.

When someone ignores you, there are many other things you can do. You can keep following them until they reply to you. Or else you can just walk away, and never show up again to them. Again, it’s up to you what to do when someone ignores you. But instead of reacting too early, being controlled by own emotions, and finally losing a person for life, it is always better to understand the situation from another person’s view as well.

Especially when that person means something to you, at least you need to know what’s in their mind and what’s hurting them. Also, share your apologies with them and make them understand that you respect their presence in your life.

And if they mean nothing to you, and still that someone is ignoring you then, simply ignore them back and focus on your life. That’s what you can do to them, a counter silent treatment. Simple as that.