Don’t take that too personally when someone insults you particularly when that someone is your family member or true friend, who thinks only good for you. Just prefer to stay calm before saying and acting in your favor. You also have to understand who has insulted you and for which reason.

Of course, It’s harder to deal with insults from family members, than other strangers.

Remember, not all insults are aimed to impact negatively as the person thinks it is. Especially for a young age group, when a family or parents insults you, then you better identify their purpose behind it. There must| be some positive cause for such so-called insults. Family and parents want you to get ahead in life. They criticize for your goodness so that you can understand most important things in life if you are going on a wrong track.

And if you still just can’t get rid of the feeling of being insulted, then here are the top 10 possible ways over how to react when someone insults you.

Insults are an informal way of expression in which a person speaks or treats another person with disrespect. So what to do when someone insults you?

Here are 10 Ways When You Don’t Know What to Say or Do When Someone Insults You? Anger is the emotion we resort to when we feel vulnerable or want to protect ourselves from any type of danger the brain would feel. Anger is not an optimum solution to do when someone insults you. By getting angry, the other person shall know that the insults are getting to you. Anger also tends to cloud your thinking capacity and may further invite more insults. Cursing and getting personal can be one of the outcomes of getting angry.

Getting angry is not suggested as it may only make things worse, and even the smallest of insults can make mountains out of molehills, which is something you should avoid. So better to overcome sadness that you have from such insults because later that will transform in anger to take revenge.

2. Defend Yourself With Humour Humour is the best defense mechanism in this situation. Using humor is a go-to solution when you don’t know how to reply back when someone insults you. You can instantly use the insulter’s insult and insult them back in a hilarious way so the tension defuses. This is suggested when the insults are from someone who has not insulted something personally or crossed the line which he should definitely not.

Insults are a way of showing affection too and not only to disrespect someone. People tend to insult their friends or loved one more than they insult others. So humor can be used more often when someone close to you insults you. Laugh off the insult and move on. Do not react instantly, take deep breathes and calm yourself down. This will avoid many conflicts which may have happened if you had not stopped yourself and calmed yourself. Being in the right state of mind is crucial as it will make you see things far more clearly.

After regaining composure, you can reply as you may please, hopefully not escalating the matter further.

Related: 7 Benefits of Understanding What Others Feel If the insults turn into something more aggressive, then let someone in charge know. Like someone cannot in any way insult you regarding your Religion, Sexual orientation etcetera. If someone crosses the line, let the authority know. Tell your boss or employee or file an official complaint to the police if needed.

Remember that it is no shame to stand up to a bully and seek help if you’re being faced by aggression. Because generally this kind of insults and bullies can soon be transformed into something physical. so seeking help is the best thing to do in case you see lines are crossed.

5. Ignore the Hell out of Them

Some people have the tendency to insult people which sometimes they do not even realise. And the best way to tackle this kind of people is to simply ignore them. Ignoring people whos insults are just weak and pathetic, also is a great answer to your question of what to do when someone insults you.

Ignoring them will make them realize you don’t even care enough to react to the things they are speaking that their insults are insignificant to you. This will give you the satisfaction of making them feel bad without even remotely doing anything. Just stay away from that someone who ignores your good-side and only focus on your mistakes.

6. Talk to the Person and Tell Them to Stop 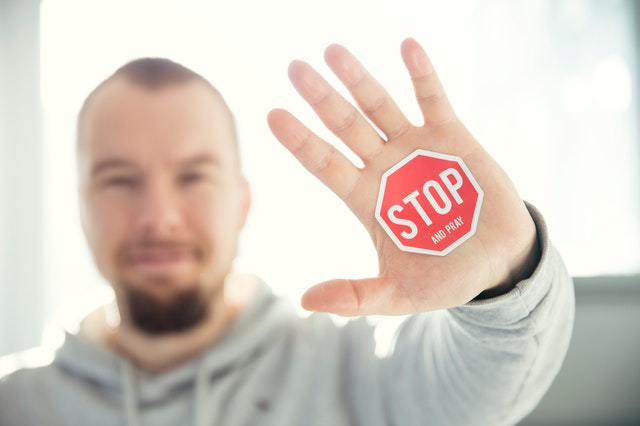 It is okay to tell the person to back off as you are not okay with them insulting you. If the person is close to you it shall be really easy to talk with them and tell them you are not okay with the insults, it doesn’t matter even if they are playful insults. Generally, the outcome of standing up for yourself is good as there won’t be issues regarding this matter in the future.

Related: 4 Reasons Why It Is Good to Be Arrogant

7. All the Other Options for What to Do When Someone Insults You Insult them with the same intensity as they insulted you. One of the two things shall happen in this situation which is too obvious, 1) The person shall stop insulting you because he hadn’t accepted you to do the same or 2) the things shall escalate as they won’t take the insult and insult you more or get aggressive.

Accept the insult. It can be in a form of constructive criticism, which in turn is actually good for you and you should not fight it, rather accept it graciously and make yourself a better person. Though there is a difference between criticizing and insulting which you have to understand and act accordingly.

8. Think Logical Before Doing Anything We are not saying to accept whatever the person says to you after being insulted. But we want you to think about it in logical aspects. As said earlier, if there are your well-wishers who insult you, then you better know their purpose behind it. No person who wants you to grow will ever try to demotivate you by any means. Such persons just want you to make some positive changes in yourself.

So think logically and discuss with them for the reason why they insult you or what changes they want in you. For that, you have to make yourself believe that you are not perfect and they are your own, who talks in your favor. They are not insulting you but telling the truth which you must know. After all, they are your parents, teachers, true friends who know the required improvements in your personality for your better.

Related: 6 Hacks to Turn Yourself into a SUPER HUMAN

9. Is it really insults or Is it you who think it is? I know how it feels when someone insults you. But before doing and saying anything as a counter-attack, you can first check if it is really an insult for you or if it’s your mindsets who persuade you to think,it is. Indeed, the thinking process of a person is the root of all that we think and what we do. It may feel like insults for you, But a person who expresses such emotions may not have the intention to do it.

For example, jokes and funny insults are common in friends’ circles. Your friends who you think insults you have expressed his funny comments as part of witticism, not necessarily to demotivate or make you feel inferior. So don’t take that personally. Yeah, it’s your mind which believes you, that your friends tried to put you down. That just shows you the negative remarks. So better to read their tone of voice, plus check your sense of humor, before labeling as “Feeling Insulted”. And if you really found that someone insults you willingly, then what you can do other than getting angry and take revenge…is to maintain your positive attitude. Yeah, it seems difficult at first, when you are flooded with ideas for paying back. Also, I know it’s easy to say without knowing one’s state of mind and feelings. But it is the best way to do it for yourself. Stay positive is what to do when someone insults you. You don’t need to take those words impacting your positive soul.

The idea of maintaining a positive attitude even after someone insults you is actually a proof showing them, their words just can’t define you. Of course, you feel low when someone insulting you and hurt you anyway. But, remember they insulted you simply because they don’t know you, your personality and what you can do. Show your positive approach in life, which can never be infected by any negative means. You are more than they can speak and Judge. Just show them your personality is way bigger than their words. So better to not let their personal comments influence you negatively, especially those that are not motivating you.

How to Reply Back When Someone Insults You

1. Arguing with a fool only proves there are two.

2. If your goal was to be hurtful, mission accomplished.

3. If I had a chance to be someone else, I would be you. I want to know how can a person be so rude.

4. Repeat exactly what they said. Definitely, it will irritate the person.

6. You do not have enough brain to have an opinion.

Indeed, insults and put-downs hurt one potential effort and mental calmness. Even sometimes it creates a negative impression in a person’s beliefs and damages his self-confidence. But as discussed in some cases, that not all insults are there to put you down, it’s up to you how to react and respond to insults.

You can stay angry and thinking about taking revenge from a person or can get a message out of it and develop yourself accordingly. So the choice is yours what to do when someone insults you.

If you take examples of the greatest personalities in the world, they all have repaid their insults with greater success. Certainly, you can follow that approach to repay insulted feelings with such positive remarks in own life. Or just prioritize your personal ego and make a revenge plan for them, with negative feelings, of course.

I think the first option of repaying with massive success is better, what do you think?

An enthusiast marketer. Apart from writing on Business, Management & Tech, prefers to share his views on positive aspects of Life. View all posts by Ketan Parmar