Have you and your ex recently called it quits?

If so, you’re in good company. The average millennial relationship lasts for about 4.2 years, but research says these years are not always consecutive.

So if you just breakup for good, or you’re on a break, is their stuff lying around really not helping with the whole moving-on thing?

Good thing we’ve got you covered with what to do with your ex’s stuff after a breakup.

Read on for some creative (and practical) ways to rid yourself of your ex’s things so you can move on to find your Prince (or Princess) Charming!

Make Sure It’s Really Over Before Doing Anything Permanent Are you and your boo-thang in an off-again-n-again merry-go-round relationship? Are you positive this is the last time you block their number and stop speaking?

Hold the phone. Don’t do anything drastic with their things just yet.

Wait until there’s a cooling-off period and you know that the two of you aren’t going to reunite. After all, it would be mighty awkward if in three months’ time you were on again, and you confessed you had burned their favorite sweatshirt.

While it’s a good idea not to hold out hope for a toxic relationship, don’t destroy anything until you’re positive a relationship in the future is out of the cards.

That doesn’t mean that you need their things in your apartment or house cluttering things up and jogging memories.

Instead, consider moving your ex’s things to a Storage Area or put it away in your attic, basement or spare room. Out of sight, out of mind.

If and when the two of you decide you’d rather not be together in the long-run, then you may want to take more permanent measures.

Give Some Things Back While your ex may have given you some items as a gift, it is only polite in certain circumstances, to give things back. For instance, if he gave you his lucky basketball jersey to sleep with, he might want that back, even if it is a gift. Or, if she cheekily handed over a pair of underwear of hers, you (nor the next woman you date) will want to have that hanging around.

If you and your ex didn’t live together, but they kept things at your house for use when they stayed, they’ll likely want that back as well.

Additionally, if they’ve given you a really expensive gift, it is a good idea to speak to them about whether they want it back. While this isn’t always necessary, if you know the gift made a huge dent in the person’s wallet or they saved up for it, discuss returning it. This is especially the case if it is something like a piece of jewelry or an accessory you won’t be wearing again because of the emotions attached to it.

Also read: Fantastic Gifts Ideas for Giving Farewell to Your Loved One

What About Engagement Rings? 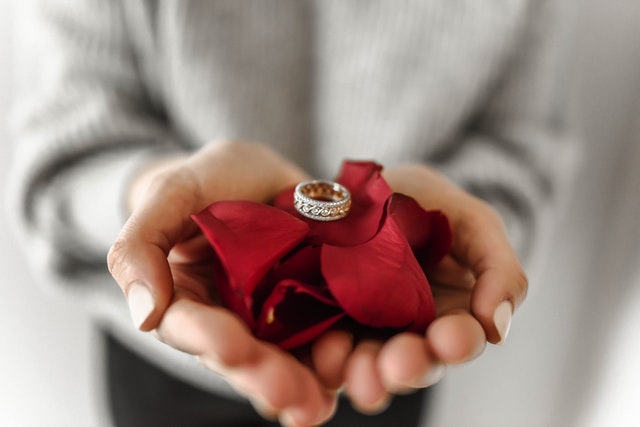 If you’ve gotten engaged and you’re a woman (or the party that received the ring), the engagement ring is almost universally considered a conditional gift. While your ex may not be able to prove that in court, it is still polite and a gesture of good faith to return the ring. If things get nasty, it is possible the other party could try to sue you for it.

Remember, the ring was given to you on the condition that you’ll get married. Since you’re not, the ring no longer means what meant originally. Every state has different laws when it comes to who gets to keep the ring, and in what circumstances, but it’s best to work this one out without stepping foot in the courtroom. Once you’ve returned your ex’s jerseys and underwear and discussed what you’ll keep, there are probably all sorts of items not of monetary value you’ll need to decide to do with. These are items of sentimental value, such as tickets to a concert, pictures of the two of you on vacation, and handwritten love notes.

After a particularly painful breakup, some people like to burn items like these to “let go” of the pain. You may even wish to write your ex a scathing letter and then burn it along with the memories.

If you have a close network of friends, you may even want to host an intimate party for this. Have your besties gather around the fire with you. Grab a drink and stoke it with the memories of the time together.

You can laugh, cry, and celebrate your singleness. You may even want to have a movie night afterward or toast some marshmallows to lighten the mood. Good friends will be there for you and will be happy to participate.

If you’re someone who isn’t a huge fan of fire, you may just decide to rip everything up and throw it away. Taking it out to the trash may end up being as cathartic as the fire.

Coping After a Breakup

Life after a breakup isn’t always easy, but purging your life of your ex’s things is the first step to moving on to a new life. Old memories can drag you down and make it difficult to make new ones.

Don’t lose heart, things will work out in the end, but having your ex’s stuff around won’t make you feel that way.