What if I told you that closing the unused applications on your iPhone will not extend your battery life? Wouldn’t you be surprised? Well whatever is your reaction, it is the truth. Anyways if you are one of the many iPhone users who constantly taps the home button to clear all the apps running in background then this is a good news for you. So coming on to how this secret was revealed.

One of the iPhone user directly asked Apple’s CEO Tim Cook whether shutting down the apps in background made a difference to the battery life of one’s iPhone though Tim didn’t reply to it, but one of the Apple’s top executive did. This is because replying to consumer’s email has been a tradition at Apple inc. since Steve Job’s days. Craig Federighi, Apple’s head of software department replied to it and wrote “No No” and he even add an emoji. 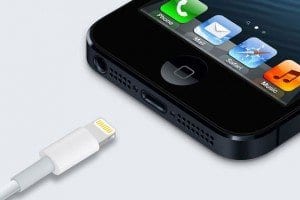 The Apple team later on explained that how did that actually happen. All the apps which remain unclosed actually are frozen and they use very negligible amount of battery or in some cases none. The apps which actually drain the iPhone’s battery are the ones which work constantly such as GPS, Music Player or some applications which provide push notifications, in most cases news apps or multiplayer games.

I am sure that you might be thinking that you have wasted half of your life trying save your battery by performing the endless task of closing the apps running in background! But anyways there many other ways to extend the life your iPhone and you surely know the ones which aren’t. But that also leaves us with the question what is the effect of similar stuff in Android phones, even android users perform the same task although not with the same frequency, but they do.

Also check out the new support page on twitter which apple has launched for its users. @AppleSupport