Studying abroad is one of the biggest opportunities in one’s life and of course, you can’t take it for granted. If you want to study abroad and are looking for some good University suggestions this article might help you. Choosing a good University increases your degree reputation and makes finding a job easy. It helps in building a good professional network as well.

An opportunity to study abroad provides you with a global platform to learn, grow perspective and make meaningful connections. So one needs to be careful when choosing the right University as per their needs.

When it is about study in the abroad United States, no doubt the United States is considered as top preference as most of the top-ranking universities are here like Harvard, Stanford, MIT, and so on. Boston consists of 13 schools like Massachusetts, Harvard University, and institutes, including the School of Engineering and Applied Sciences, Business, Medical School, John F. Kennedy School of Government the highly ranked Graduate Education School, and law school. Princeton University is a prestigious educational institution that was founded in 1746. it is in the green suburban, and the campus area is 600 acres. A semester-based academic calendar is followed over here. University was also ranked as No.1 in the 2022 edition of Best Colleges in National Universities, Talking about fees it is somewhere around $56,010.

Princeton, is one of the oldest colleges in the U.S., is in the town of Princeton, New Jersey. Surrounded by the walls of its historic ivy-covered campus, Princeton presents a number of events, activities, and organizations. The Princeton Tigers is a member of the Ivy League, are well known for their strong men’s and women’s lacrosse teams. Columbia University is one of the oldest universities founded in 1754 with a total number of 6170 undergraduates in the fall of 2020, its setting is urban, and the campus area is 36 acres. The semester-based academic calendar is in usage over here too. Columbia University was ranked #2 in the 2022 edition of Best Colleges in National Universities. With the tuition and fees of $63,530.

Columbia University is situated in the capital hub of the U.S., New York. University is further divided into three different colleges within New York, The Foundation School of Engineering and the School of General Studies, Applied Science is a highly ranked Business and Law School, and also the College of Physicians and Surgeons.

Harvard University- Most Prestigious University in The World Harvard University is one of my personal favorites and the dream of so many it was founded in 1636. It had a total number of 5222 undergraduates in the fall of 2020, it is located in the urban area of Boston. It also utilizes a semester-based academic calendar. Harvard University was ranked on 3rd number in the 2022 edition of Best Colleges in National Universities. Whereas tuition fees are around $55,587. Massachusetts Institute of Technology was founded in 1861. It had a total number of 4361 undergraduates in the fall of 2020, it is situated in urban, and the campus area is 168 acres. It utilizes a 4-1-4-based academic calendar. Massachusetts Institute of Technology was ranked #2 in the 2022 edition of Best Colleges in National Universities. with tuition and fees of $55,878.

Also Located outside Boston in Cambridge, Massachusetts, MIT focuses on scientific and technological research which further is divided into five schools.

The United Kingdom is one of the most beautiful lands to study, UK has some oldest universities in the world with top rankings and the best academic courses.  Choosing a university in the UK has so many perks you get so many diverse opportunities, job options, and quite easy to onboard. Oxford University doesn’t need an introduction, it is one of the oldest universities founded in 1096 making it the second oldest English-speaking university in the world. Topmost university in the UK, whereas globally on the fifth number. Talking about some famous alumni of oxford, Indira Gandhi, Emma Watson, Benazir Bhutto are some of them. The fees of oxford university are somewhere around $11,700 while international students pay $19,860.

Just like Oxford, Cambridge doesn’t need an introduction these two are considered competing Universities in UK ranking. This year Cambridge ranked 2nd in the country and 7th in the world. The university is famous for so many courses and degrees but specializes in  Accounting & finance-related courses as well as Anatomy & physiology. 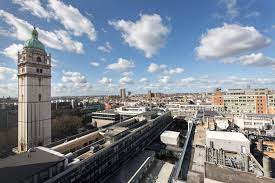 Imperial College is ranked 8th globally, it is a public research university in London. It is Prince Albert’s vision in terms of area and culture. The college was founded in 1907 with well-versed courses but specializes in scientific knowledge and research. It ranks under 18th best in the world. UCL founded by Henry Brougham in 1826 located in London is a major public research university in the UK. This university holds the largest enrollment in post-graduation. University specializes in Architecture, psychology, pharmacy, Life science courses.

These were some top options that you can consider for your higher studies. The enrollment process and selection chances are quite difficult as compared to other universities but surely applying here is worth trying if you get a chance.

This article is for educational purposes we are not promoting any university.