I am back with another fact frenzy of F.R.I.E.N.D.S . Get ready to learn more about your favorite SitCom. You know people ask me that it’s only a TV show how can you love that so much, well they wouldn’t understand that it is more than a TV show. It’s  a 10 year-long lesson on the importance of friendship, that not everyone can understand. Speaking about the final episode, Jennifer Aniston said

I mean, the last scene we just wept, cried our eyes out… And then a couple of us stayed really late and we crawled up to the roof of Stage 24 and drank champagne and watched the sun rise.

If you haven’t already check out the first part of this series 15 Things we Bet you didn’t know about the show ‘FRIENDS’.

1. When Matt LeBlanc auditioned for the role he only had 11$ to his name. When they got their first pay checks, the first thing that Courtney Cox bought was a car. Matt LeBlanc a hot dinner.

2. The real address of the Friends apartment, as used in the exterior shots, is “90 Bedford Street, Manhattan’s Village”. 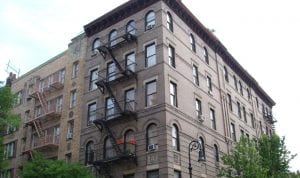 3. Chandler’s haircut during the first visit to Ross’ parents resembles the style made popular by 1980’s band, Flock of Seagulls. 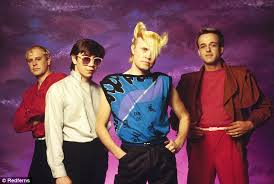 5. All the three of the female leads were given unconventional ways of pregnancy on purpose, so as to spread social messages, that, Surrogacy, Single Mother-hood and Infertility are nothing to be ashamed of. Rather it is as beautiful as the normal Child-birth.

6. Joey uses the Tuscan insult “Va fa Napoli” the Tuscan equivalent of “Go to Hell” which literally translates as “Go to Naples!”. 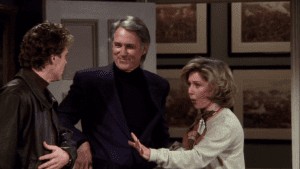 8. Courtney Cox was also a neat freak just like Monica and would clean the others’ dressing rooms.

9. I don’t know who all know this but Jennifer Aniston’s father played a role on Days of Our Lives, as did Joey Tribbiani.

10. Lisa Kudrow was actually pregnant when her on-screen character Phoebe was shown pregnant.

11. The orange couch in Central Perk was found in the basement of the Warner Bros Studio. 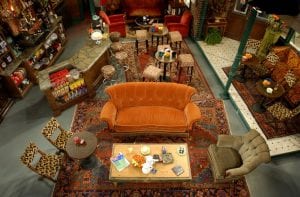 12. A poll undertaken by “60 minutes” and “Vanity fair” named F.R.I.E.N.D.S the third greatest sitcom of all time.

13. In The One With Russ, David Schwimmer plays Russ yet the character is credited as being played by “Snaro”, apparently as a tribute to a friend. 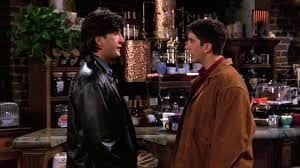 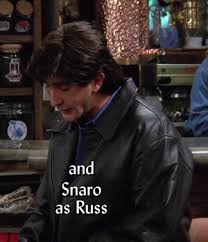 15. Bruce Willis appeared on the show for free after losing a bet to Matthew Perry. Perry believed that the movie “The Whole Nine Yards” would be number one in the box office, but Willis disagreed. In Feb 2000 the film was a hit. So as a result of the bet Willis had to donate his earnings. 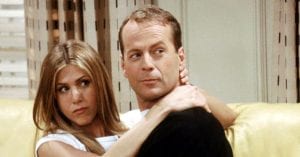 17. When the show ended, each main cast member was given a piece of the sidewalk from outside Central Perk as a keepsake.

It has been so hard for me to decide my favorite character on F.R.I.E.N.D.S, I always jump from one character to another. Let me know about the character you love the most in the series in the comments below, I will try to make another blog about their funniest moments.