“I don’t think that we’re meant to understand it all the time. I think that sometimes we just have to have faith.”

– Nicholas Sparks, A Walk to Remember

Recently, while waiting for my bus at the bus stop, I encountered an argument between three people whom I assumed to be friends. It started with a discussion with one of them (lets name him X) not being able to cope up with the college projects because it was a tedious task for him. The other (Y) empathized with X.

But the third (Z) did not agree with the two. She thought that both X & Y were just excusing themselves from the work and that coping up was just a matter of efficient time management. The argument soon turned into a debate about Z not being able to understand the phase X was going through and the argument escalated on to a very personal level. 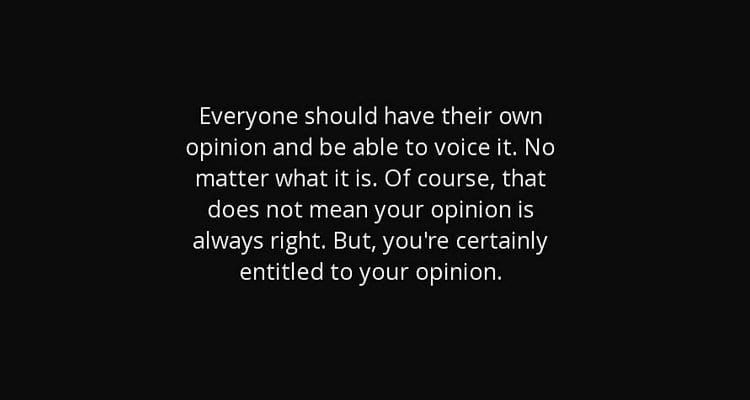 When I tried to get to the scratch of what I had just observed, it made me think that we, because of a very small issue, blame others for not being able to understand us. We demand a 100% understanding level from our counterpart.

I think it is imperative to know that we are 800 billion in this world, each one an individual with a separate viewpoint & an opinion; and that not all think, feel and understand in the same manner as we do.
Something that is really of a vital importance to us might be just a petty issue for somebody else. This does not necessarily mean that they don’t understand us. The intensity of the impact of an event is highly subjective.
The best way to deal when forced into such circumstances is to put our foot in other’s shoe: empathize.
Or the least we can do is to have faith in the other because – “I don’t think that we’re meant to understand it all the time. I think that sometimes we just have to have faith.”

A travel enthusiast, an expressionist & a keen reader. Believes in staying curious. Chandler is my favourite guy. View all posts by Kavya Shah